Andreas Bakkerud and Robin Larsson are competing for RX Cartel in the Nitro RX Championship this season. 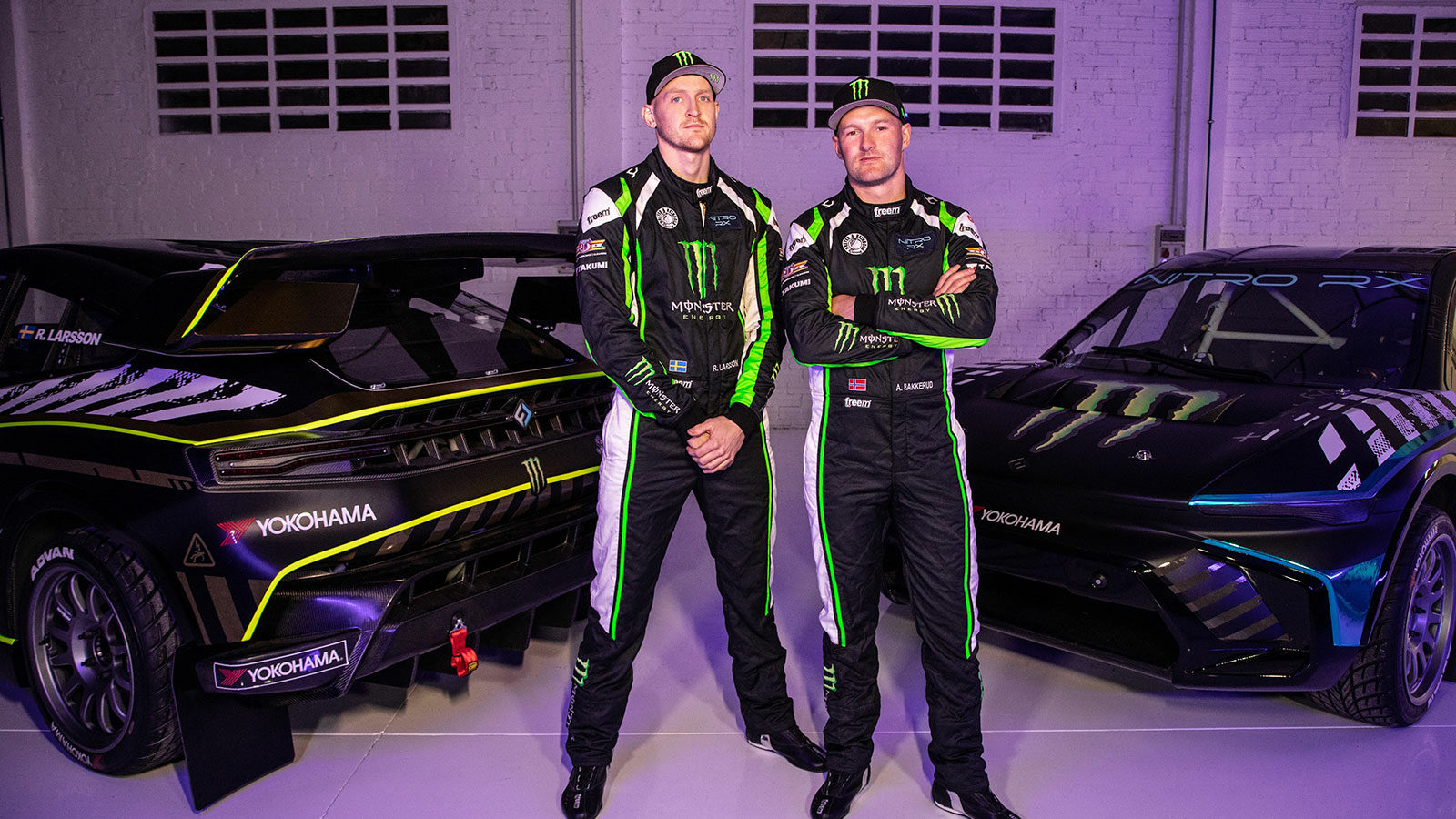 Known only as “RX Cartel” to fans and on social media, the Monster Energy brand has been a rallycross sponsor for years and is getting involved in electric rallycross for the first time with the newly created Group E.

Bakkerud, 30, is a three-time FIA European champion (twice in the Super1600 and once in the Supercar class) and was also runner-up in the 2019 FIA World Rallycross Championship.

Nitro Rallycross will host a season of races outside the U.S. and Canada for the first time in 2021/2022, so the series will start at the legendary Lyden Hill and make stops in Höljes, Sweden among other venues before hosting the finale in the U.S. in 2022.